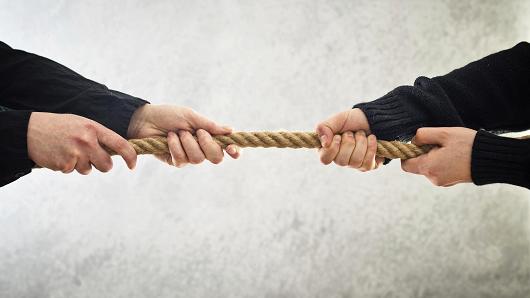 The dream of buying a home or giving our girls an affordable college education collided with each other last week, and college won.

To help cover the down payment and closing costs on the condo we wanted to buy, Brett and I had planned to withdraw some of our savings that’s sitting in an IRA. As we’re both over 59 1/2, there’s no penalty for withdrawal, and the way our retirement is funded we had only planned to use those savings when we had to make mandatory withdrawals at age 70 anyway.

However, any funds we withdrew would count as income for this year, and it turned out that the increase in our income brought about by withdrawing enough for a downpayment and closing costs would negatively affect us not once but three times.

First would be the tax burden based on our withdrawal. We currently have a very small tax bill as we pay no state income tax in Hawai’i on our retirement income, and very little Federal tax. That would change as we would not only be hit with higher Federal taxes based on our increased income in 2015, but would pay state tax as well on our withdrawal from the IRA (our other retirement income would still remain untaxed by Hawai’i). We were prepared for this hit.

What we were not prepared for was the dramatic effect that increase in income would have on the girls’ financial aid prospects.

The reason our retirement savings are in IRAs is that they are protected there; college financial aid formulations exclude sheltered retirement funds. Unprotected, those funds would be quickly tapped, and with three college age children Brett and I would be left with little to no savings in short order. Even if we had planned to use our savings to pay for college, with today’s costs there is no way we could cover expenses for three children over the next eight years. Plus, Rule #1 about saving for retirement is that you never jeopardize your retirement to pay for your children’s college.

Meiling was awarded a four-year scholarship to the University of Oregon that covers all her tuition and fees (she pays for room and board). If we increased our income by withdrawing from our IRA this year the bump would be enough that she would no longer qualify for any Federal financial aid meaning she would lose her scholarship, and we would either have to raid our retirement accounts even more to cover her costs or she would not be able to afford to continue at the university. The federal government could care less that this would be a one-time increase to our income, and used only for the purpose of buying a home, when calculating Meiling’s aid award, and likewise the universities financial aid office. If we took more money out of our accounts to cover her expenses next year our income would of course go up even more, and we would be setting up something of a vicious circle. And, we’re just talking about Meiling here. WenYu also heads off to college next year, and any savings we spent on Meiling would mean less or nothing for WenYu, with the increase in our income also affecting any aid she might be qualified to receive. According to federal financial aid calculators, even with two children in school, with the planned IRA withdrawals our 2015 income would still be too much for either girl to receive much, if any, Federal aid other than unsubsidized loans (NO!!), and we could forget about any need-based aid from any college. There might be merit aid, but there’s no way to count on that.

So, there were two hits we would be taking if we withdraw anything now from our IRA. However, it turned out there was still one more sting waiting in the wings.

Starting in 2016, the FAFSA will be filled out beginning October 1 using the previous year’s income (2015). No more will families have to wait until January to submit their forms and tax information and then try to figure out what kind of aid they might qualify for or whether they really can afford College X or College Y. Colleges and universities will be required to present more up-front aid information, so students and families can make better choices about where to apply and what to expect. This is an important and long-overdue change, one I am greatly in favor of. This change however means that our 2015 income will not only be used to determine aid for the 2016-2017 school year, but for the 2017-2018 year as well. Our supposed one-time income bump from the IRA withdrawal would count against us for two years, effectively cutting the girls out of any financial aid until Fall 2018.

The decision of what to do was actually easy. We cannot harm our girls’ efforts and dreams, and we cannot damage our future financial security. We cannot deny the girls the opportunities that are available for them now just because we want to buy a house or a condo. They didn’t ask for this life, but have made the most of what they have been given so far, and we cannot pull their futures out from under them.

The condo was a great buy, and would have been a perfect home for us. We have the income and resources to buy it, but tapping into those resources came with consequences. We were devastated to have to let the condo go as well as our dream of buying a home on Kaua’i, at least for the time being. We don’t know if anything else will be available and affordable again in the future. Maybe yes, but there’s also the possibility of a big NO. But, it’s a risk that we are going to have to take. Brett and I will wait until the girls are through school before we think about buying again.

In the coming days we will untangle ourselves from this latest purchase contract. We will continue to rent where we are for the time being, and after the first of they year we will begin looking for a new rental home.

It is what it is.

56 thoughts on “When Retirement and College Clash”

This week just keeps getting better! It’s calm enough tonight that we could enjoy a fire out on the patio and make s’mores!
A much needed afternoon at the beach.
We caught the sunset at Kukuiolono this evening.
I joke about us living in the vortex but today I caught some strange things happening in the yard: plants in the back blowing to the right, plants in front blowing to the left!
There’s always that one cloud that shows up and tries to ruin everything (this one thankfully didn’t succeed). Also, beware rainbows in front of a cloud - NOT a good omen.
The end of a stormy day . . . .