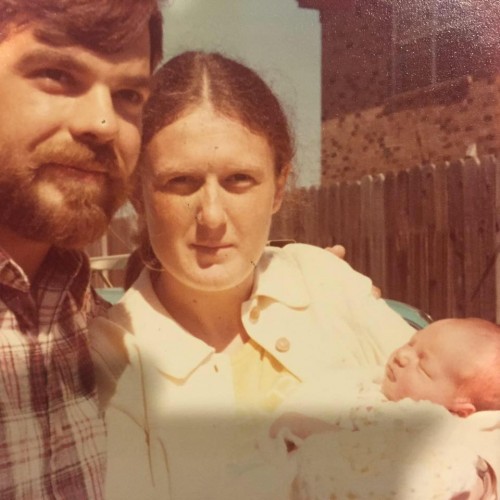 Brett and I watched “Meet The Patels” a few weeks ago, a semi-documentary about 30 year-old Ravi Patel’s search for a bride. The entire movie was great, but our favorite moment was when Ravi’s parents each commented separately, “She/He still believes that after 37 years, she/he can change me.” Brett and I both laughed out loud because that’s us too. We still secretly think we change each other.

Except neither of us really wants the other to change. We love and like each other just the way we are.

I don’t know any secret to why our marriage is still going strong. No one can drive me crazy as quickly as Brett can, and the same for him: I can make him absolutely bonkers in no time flat. We’re very, very different people: I’m an introvert, he’s an extrovert. He likes to save things; I like to throw things away. He likes physical activity, while I prefer to curl up with a book. He’s a horizontal thinker – one thing at a time – while I think vertically, and can balance many things at once (he says I talk in spreadsheets). Although he’s very mechanically inclined, he’s right-brain oriented while I very much favor the left side of my brain, and have no mechanical skills whatsoever. We like different types of movies, books, and so forth.

In other words, opposites did attract in our case. In Chinese astrology, he’s a Tiger, and I’m a Dragon, and are one of the worst astrological matches out there. Or . . . one of the best: the Immovable Object meets the Irresistible Force, who completely balance each other.

We agree on the big things though, like money, childrearing, politics and so forth. And, we mostly agree on the little things too, which is maybe more important. After nearly 40 years together, we can still surprise each other. Even though we have fairly separate interests, we greatly enjoy each other’s company, and can talk with each other about anything. We’ve always been and still are each other’s best friend. We make each other laugh. We not only appreciate the other’s strengths, but we appreciate and understand the other’s weaknesses as well, and are quick to help out or step in if needed.

We have never gone to bed angry with the other. If there’s disagreement, we stay up and work it out. We express our love and affection frequently. Both of us grew up in homes with unhappy marriages, but we thankfully haven’t repeated our parents’ mistakes.

Before I met Brett, my mother advised me not to marry a sailor, that I would always regret it. Brett’s mom stayed convinced that I was nothing more than a gold digger, and only married him for his money (hahahahahahahaha). Thankfully both were wrong because we’ve been very right for each other.

Happy 37th anniversary to us!