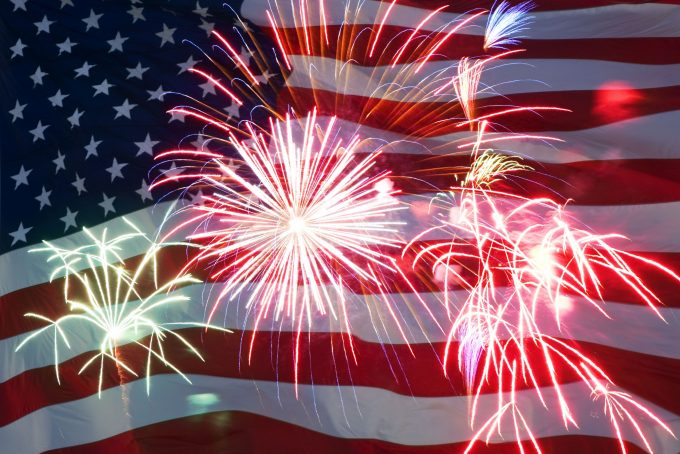 Fourth of July is going to be a very untraditional one this year at Casa Aloha. I got the days all wrong (I kept thinking it was on Tuesday, not tomorrow) so we’re not even going to fire up the grill tomorrow and will be having Chinese food instead. As for fireworks, you can set some types off at home here (ground based fountains and rockets). If the neighbors put on another show like they did at New Year’s that will be more than enough for us, although YaYu’s tutor handed her a bag with a few small things to set off. The Kaua’i Hospice hosts the big island fireworks show, but it’s their major fundraiser for the year and admission is pricey so we’re skipping it again this year. Kekaha, on the west side of the island, calls its display “The Last Fireworks Show In America” as they are located the furthest west of any other town in the 50 states, a full three hours behind the west coast of the continental U.S.

WenYu has a job! She was hired this past week at a popular local restaurant as a lunch-shift server. One of her friends has been working there but is leaving to go to Oahu for summer classes at UHM, and recommended WenYu to fill her place. The manager messaged WenYu on Friday, she interviewed that afternoon and was hired, and started this morning! The manager knew upfront that she could only work until mid-August, but said that was fine and that it would give them time to hire someone more permanent. WenYu also interviewed at another local restaurant, and they liked her but wanted someone who could stay more than just a month and a half. They still asked her to call back and check with them later today or tomorrow because it’s crazy-busy season right now and they may need some extra help temporarily.

It’s been a somewhat busy week for all of schedule-wise with WenYu’s interviews, YaYu’s numerous Key Club volunteer shifts (she’s president this year, and has to show up for everything), her tutoring sessions, Wednesday’s all-day Kalalau Trail hike, and Tuesday’s visit to the Kalaheo farmers’ market on the south side of the island. That was a different experience, to say the least. Brett and I arrived after opening time, but saw less than 10 cars in the parking lot and no stalls set up. We saw three women at the back of the lot talking together, so Brett went over to ask if we were at the right place. The three women were the entire market. One had lettuce, one had tomatoes, and one had tomatoes, lettuce and a few eggplants. That was it. We bought all the eggplant, got some tomatoes from the other woman and headed back home. We are so spoiled with our neighborhood market and its almost 40 farmers bringing an amazing variety of fresh produce for sale every week.

My one-month-at-a-time plan for the year has been going well, but this month I’m going to add back in Parmesan cheese, something I don’t use all that often but that I’ve missed. I have been craving cheese the last couple of weeks, but my last attempt at adding it back in didn’t go so well, so hopefully the Parmesan will not upset things. Otherwise, I’m sticking with no meat and no other dairy.

Anyway, this afternoon I am:

To all my American readers: Happy Fourth of July! I hope everyone had a great week and is looking forward to the one that’s coming up.

We bought this pepper mill in 1980, in a kitchen shop in Frontierland at Disneyland in California (before everything was Disney branded). We were on our way over to Japan for our first tour there, and this mill’s been with us ever since. This year the mold got it - we wipe it down but there’s always more the next day so we said goodbye to this old friend today, and are feeling genuinely sad. We don’t want another pepper mill - we liked this one!!!
Stormy day, beautiful sunset
Today’s swag from the golf course.
A small waterspout appearing out of clouds out west. For the record, waterspouts are not Good Things, and are also not supposed to happen here.
Brett and I tried out a new trail today: Old Hapa Road, which went from Poipu to Koloa. There wasn’t much shade, but a cool breeze was blowing which made for a very nice hike! Total RT distance was 3.6 miles.
Today I began the process of unwrapping and sorting my hashioki collection and getting them organized for sale on Etsy. Each one was individually wrapped in tissue paper, so that took a while, and then I had to create order out of chaos. I got 11 sets photographed and listed today but still have 80+ sets to go. There are nearly 500 individual hashioki in the collection, but a few were broken and chipped, and were tossed. Lots of memories, but they’ve been boxed for over 20 years and it’s time to let someone else enjoy them. The three in the final photo are my favorites and the only ones I’m keeping.