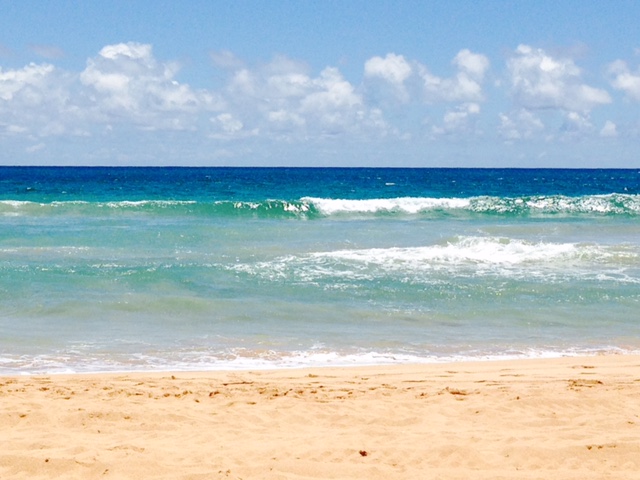 Way back in 2011, Brett and I both independently came to a realization that we didn’t want to stay in Portland after he retired. We had lived in Portland for nearly 20 years at that point, and while we had put down deep roots and there was much we loved about the city and the Pacific Northwest, he and I had both grown very tired of the dreary winters and wanted to live someplace where we could enjoy the sun a bit more consistently. While we loved all the green that came with Portland, we were both weary of hibernating all winter, of having to go to work and school in the rain, and of everything else that came along with all the cold and damp.

So, we decided to create a list of priorities to help us choose where we might relocate, and came up with the following:

We initially didn’t weight any of these as more important than the others, except for the weather, and other than the weather we didn’t consider any one item to be a deal killer on its own.  I’m an ocean person but Brett loves the mountains and wanted opportunities for hiking. Although we really hadn’t had anything to do with the military since Brett’s retirement from the navy in 1992 other than renewing our ID cards, receiving retirement pay, and using the health insurance, we figured having military facilities nearby was something we might need or want to use as we grew older. Good schools and a sizable Asian population were important for the girls.

After that we came up with a list of sunny places that we would consider:

Hawai’i was on the list as a joke, because we knew there was NO WAY we could afford to move there. We also considered a couple of overseas locations, but the language and/or visa requirements were more than we wanted to take on. Texas, the Gulf Coast, and the South did not make the list. Finally, we created a spreadsheet to match the different places we had chosen with our “want list.”

Florida was the first to be removed from our list. We had lived in Florida while Brett was in the navy (Key West), and although it’s plenty sunny we had absolutely no desire to ever spend another summer there. Alligators and snakes were also a black mark. While there are some good schools in Florida, they are mainly in expensive neighborhoods that were out of our price range. Florida’s Asian population is negligible (1.7% of the entire state), and there were other things about Florida we just didn’t care for. Plus, it was a l-o-n-g way away from Japan.

The Southwest was eliminated next. It had many things going for it, except for the ocean thing, and the Asian thing again (3.4% of the population in AZ, 1.7% in NM). Plus, it’s very dry there, too dry for me actually, and it’s HOT. The Southwest wasn’t as far from Japan as Florida, but still not very close.

So that left southern California and Hawai’i on our list.

Can you tell what very important item was left off of that list of priorities? If you guessed taxes, you’ve guessed right! I grew up in southern California and there are many places there I could have happily retired to except . . . our retired income would have been eaten alive by state taxes. California already had a high cost of living strike against it, but the taxes, both income and sales, made it unaffordable.

And that left Hawai’i, our “joke” location.

But guess what? Hawai’i had beautiful weather, an ocean view every day and loads of beaches, mountains for hiking, easy access to Japan, a large Asian population, and close proximity to military facilities. It was also very tax friendly for retirees, especially those receiving government, state or non-contributory pensions (which would be us). Seven out of nine items on our list of priorities gave it a very high score. Hawai’i! Who could have guessed?

Cost of living and schools remained BIG issues though, as did the state’s isolated location, but we figured if Hawai’i had everything else we wanted, then we could figure out how to work around those issues. We began researching the state, decided which island we wanted to live on, and eventually which school we wanted our daughters to attend (we actually wanted them to attend a private school, but after a tour they nixed that in favor of the public school, which turned out to be the right decision). We asked lots of questions, read forums, and tried to learn as much as we could from long-time residents and successful transplants about dealing with cost-of-living and other issues unique to living in Hawai’i, and made sure to add travel expenses as part of our budget.

After a nearly three-week vacation/research trip in 2012, Hawai’i was no longer a joke. We committed ourselves, and less than two years later, after much downsizing and planning, we made our move. We came to Kaua’i with no expectations other than we’d enjoy beautiful weather and see the ocean every day. Everything else we decided to let unfold in its own time to let us know if we’d made the right decision (or not) for our family.

Did we? I’d say yes, over and over and over. Kaua’i has provided everything we hoped it would, and more. Our oldest daughter returned to Oregon after six months on Kaua’i, and that has been the right move for her – she manages living on her own and going to school very well. But, WenYu and YaYu have thrived here, and are now very happy we came; they love our little island and the friends they’ve made here. We’ve pretty much figured out the whole cost-of-living thing, and our simple life these days actually lets us live on much less than we did back in Portland. Kaua’i is very lush and green, with flowers blooming and farmers’ markets open year round which make me very, very happy. I’ve been to Japan twice since we’ve been here, we’re going again next year, and our son and family have come to visit us here. We’ve all made trips back to the mainland, but discovered that there’s nothing as wonderful as coming home to Kaua’i.

10 thoughts on “Finding Our Place In the Sun”