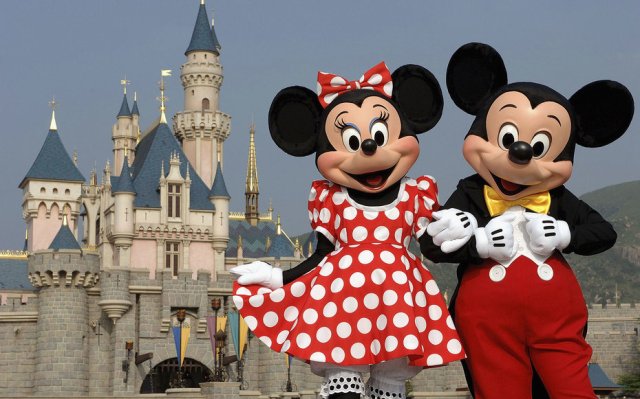 The mere mention of the word “Disney” can set many travel aficionados’ teeth on edge, but I confess to being a Disney fan, and our family has made several trips over the years to the parks, and had a wonderful visit each time. I grew up approximately 45 minutes away from Disneyland in California, went for the first time just three months after it opened in 1955, and visited many, many other times with my family, with friends when I was a teenager, and with Brett and our son when he was a toddler. Brett and I have also visited Disney World with our son and the girls several times – it was often easier to find cheaper round-trip airfares to Orlando from Portland than to Los Angeles. And, Brett and I have been to Tokyo Disneyland as well, which was an interesting experience. It was Disney with many similar rides, etc. and yet it was still so different. We’ve never taken a Disney cruise, nor have we visited the Disney parks in Hong Kong, Shanghai or Paris, so I can’t (and won’t) speak to those experiences.

I personally don’t understand all the animosity towards the Disney parks. I’ve heard many complain that a day at a Disney park is too expensive (the price for a one-day ticket currently ranges from $99 to $119 per person at Walt Disney World, depending on the time of year or day of the visit, but goes down the more days you visit), and a week’s vacation has the potential to cost several thousands of dollars. The parks’ intense focus on all things Disney, and the gift shops at the end of every ride can seem excessive and cloying. The food is expensive. It costs to park your car, etc. The biggest complaint I’ve heard though is that it’s just all so . . . fake.

What seems to often be forgotten is that the Disney parks are first and foremost amusement parks. They are amusement parks taken to the highest level, and ones where it may take more than a day to experience all that is offered, but like any other park anywhere there are rides, attractions, shops, places to eat, and so forth. Those country pavilions in Epcot are just areas offering a glimpse of a country, and not intended to substitute for and actual visit. Of course they’re fake. They’re in an amusement park.

Park visitors, especially those who try to drop in for a day’s visit, are often disappointed by the experience, starting with the expense. Especially if it’s their first visit (and it’s hot), the long lines for rides can be disconcerting or exasperating. The cost of food for a family can be exhorbitant, or there’s no seating to be had at restaurants. Many leave feeling discouraged and full of animosity toward Disney, claiming it’s a rip-off, and that they’re never returning.

What’s forgotten is the high cost of actually operating a park on the level and size of the Disney ones, the cost of paying the friendly employees, the cost of keeping the parks sparkling clean, the cost of all that electricity (did you know though that Disney World burns most of its trash to help provide much of its own power?), of paying vendors, etc. Quality costs, and if nothing else, Disney provides quality. And lots and lots of people want to have that experience.

Here are some things we learned over time to ensure that even a one-day visit to any of the parks is fun and memorable;

None of us here at Casa Aloha has a desire to go to any of the Disney parks any more – that itch has been scratched. However, we had a more than wonderful time on each the trips we made to both Disneyland and Walt Disney World, made memories that we still talk about now, and Brett and I feel the expense was well worth it, and my parents apparently did as well. If I had it to do over, I’d still take each of those vacations again – they were magical, for me when I was young, and for our own kids. My most precious Disney memory is of five year-old YaYu crying from happiness as we waited for the bus to take us to the airport to go home. She had been with our family, and home in the United States, for less than a year, and her early years in the orphanage had not allowed her to imagine that there was a place in the world that was so amazing and so much fun.

In my opinion, the key to enjoying and getting the most from any visit to a Disney park is remembering that it’s Disney, and that you’re visiting a very popular, high-end amusement park. If you can keep this in mind, and prepare yourself before you go, you won’t be disappointed, and you might be able to enjoy some of the fabulous features and special effects to be found throughout the parks. However, if you don’t like amusement parks, don’t like crowds, and haven’t prepared yourself for the expense or the experience, then you’ll probably end up very disappointed.

How do you feel about visiting the Disney Parks?

18 thoughts on “To Disney or Not To Disney”

It’s a perfect evening for pizza at Antigua Trattoria Romana!
After a long night of thunder and lightening, today it’s blue skies, clear air, and comfortable temperatures - perfect for a walk into Centro.
A unexpected but refreshing rainy afternoon cooled things off and cleared the air!
Out for lunch at Raices today - I tried their “Amor Amarillo” (love yellow) - chicken, beans, and cheese in a fresh, handmade tortilla with yellow mole sauce. The leaves grilled in the outside are pepper leaves and added a wonderful flavor! I should have ordered two of them!
Guacamole & chips with our wine this evening - yum! I have yet to get anything less than perfect 🥑 🥑🥑 here.
Flowers from my sweet husband after a not so good week.