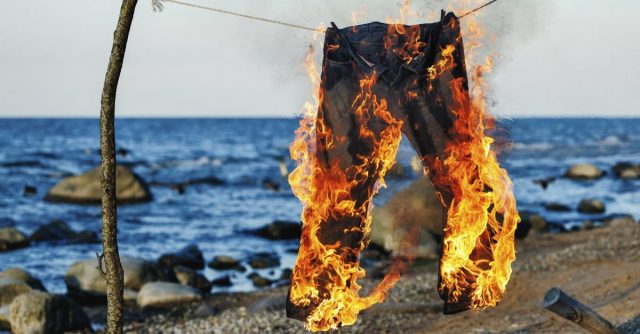 I need to vent a little.

As many of you might remember, last summer when we moved out of our house on Kaua’i, our landlord stood us up for the move-out inspection. And, although he had 14 days from the day we turned over the keys (July 29) to return our security deposit, either by mail or in person, along with written evidence if necessary for why he was keeping some or all of it, we have never received anything from him.

Up until a few days ago we hadn’t communicated with our former landlord since August, when he claimed he had mailed a check to us, but refused to say how much or if there was other paperwork. We had given him our mailing address (Brett’s sister) but whatever he sent turned out to be addressed to a completely different city in Texas. When we informed him and again gave him the correct address, the landlord claimed he would have the mis-addressed mail forwarded to the correct address but of course nothing ever showed up. That was the last we heard from him before heading to Buenos Aires.

Our former landlord is incapable of opening his mouth without lying. And once he starts he can’t stop, and the stories get bigger and better each time he tells them. Over the nearly three years we rented from him, for example, Brett listened to numerous tales of the landlord’s two years of military service. Brett still doesn’t know whether he served in the marines or the navy because his story changed every single time about what branch of the service he was in and what he did. And, his experiences in the military grew every time as well to the point where he apparently did every job short of commanding an aircraft carrier, and he was promoted at least four times over a period of six months because of his amazing skills and leadership ability (the last time was to the highest enlisted rank, E-9, at age 19)! We were always a bit weirded out that he would tell Brett these whoppers because the landlord knew Brett was a career sailor and had been in the service at the same time and knew a few things. Brett tried to call him on his tall tales a few times, but that never slowed him down.

Our landlord lied and exaggerated about everything. Constantly. We knew when we moved in that along with maintaining a good relationship with him we were going to have to keep track of him and keep records to protect ourselves. We stayed friendly, paid our rent on time every month, took good care of the house, and worried when he was diagnosed with cancer. In return he treated us fairly for the most part. But, the lies, crazy stories, excuses, etc. never stopped or let up, so Brett saved every message from him, a good thing because it turns out the man incriminated himself almost every time he wrote something to Brett concerning the house.

When we messaged him the morning of the inspection to ask if and when he intended to come, his first reply was he had forgotten. From there we started getting excuse after excuse after excuse for why he failed to show up until it finally got to the point it was our fault he didn’t come. This was in spite of him telling us at the same time we were his best tenants ever and he had planned to give us back our entire deposit (without ever making any arrangements to do so). Of course, in the next couple of days we were informed that following HIS solo inspection we had actually trashed his property and it was going to cost him a small fortune to fix everything we had damaged. He also made several flat-out crazy claims with no relation to reality. For example, at one point he wanted to know if we had we forgotten about our arrangement to swap our house in Texas with his on Kaua’i – ????? It was exhausting dealing with all the lies and stories over and over.

Last week Brett accidentally dialed the landlord’s number. Much to our surprise, the landlord actually messaged Brett back to say the check he sent last August had been returned to him in October (but of course he never contacted us about it). He asked for our mailing address for the third time and said he was going to resend the check and would send Brett the tracking number. That was a week ago and as expected we’ve heard nothing further from him. We still believe he has no intention whatsoever of giving us any of our deposit, and it would be the shock of a lifetime for us at this point if he follows through on his latest claim. We’re sure he’s convinced himself that we’re never coming back to Kaua’i so who’s going to care if he doesn’t return our deposit? What are we going to do about it?

Well, for one, we care. And, there is plenty we can do. We are fine with one of us (me) going back to Kaua’i to collect our deposit through small claims – it’s a considerable amount and worth making the trip. And, we know our former landlord does not want to appear in court – we saw last summer that the mere mention of a court appearance completely unnerved him, especially since there’s a very good chance he’s a tax cheat. Hawai’i places very strict limits on how long and for what reasons a landlord can retain some or all of a security deposit. They are required to provide loads of documentation to back up any claims they make for keeping any part of the deposit, and can be required to pay as much as three times the original deposit to their former renter if they fail to do so or make false claims.

The next time our landlord hears from us it will be with a summons. We have a full calendar year from our move-out date to file in small claims, and we plan to do so as soon as we return to Portland next May. We are going to sue for a full return of our security deposit along with the cost of my travel to Kaua’i. I will be bringing along the many photos we took of the very clean house, all the receipts and incriminating messaging from him. We also have witnesses ready to show that the house was well-cared for and left in spotless and move-in-ready condition, and that the landlord has never made any genuine effort to return the deposit or any part of it at all.