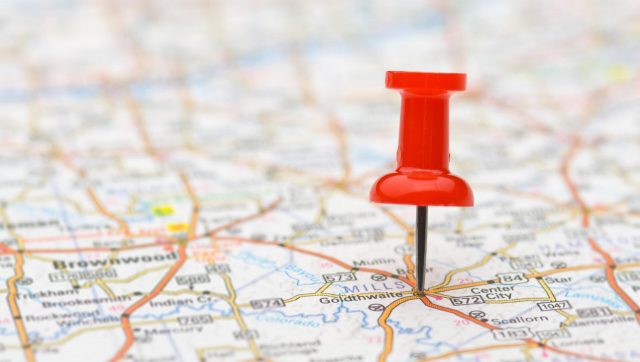 At every stop since we began traveling we have been asked: Where are you going to settle when you finish? The answer is always the same: We still don’t know.

I almost can’t believe we haven’t decided where we want to end up when the Big Adventure is over. I made a list this past fall of possible locations and ideas, but after some more travel we’ve decided against some of those. We had thought Seattle might be a great place to land, but after a month in Portland in December we were reminded of why we left the Pacific Northwest, so that idea fell off the list. After just a 10-day road trip around New Zealand, and never being able to unpack our suitcases, our idea of a long-term driving trip around the U.S. felt a whole lot less interesting as well. We thought for a while that Tucson, Arizona might be a great place to end up – it ticked off a lot of boxes, and we could afford a house with a pool there! – but then we stepped off the train in the middle of the Australian desert and realized we did not want to deal with the climate, pool or no pool. Just as we would be stuck indoors during the winters in Seattle, we would be stuck inside during the summer, or trying to escape.

So, since time is becoming more and more of the essence, we’re still talking about what is important to us, and getting those things on a list. In no particular order, they are:

There’s a few more things, but we are clearer now about what we’re looking for in a location, and have narrowed it down to three options. We are still doing our due diligence on #3, so I’ve left off the name of the place for now:

We have no need to buy a home, at least not initially. We enjoyed not owning a home when we lived in Hawaii (in spite of our awful landlord), and we’ve gone over the numbers and with new tax laws in place having a mortgage no longer makes much sense for us other than we wouldn’t have to worry about rent increases. We recognize that we are still “restless people” at heart and would prefer not to be tied down with all the many things that home ownership entails.

We’ve committed ourselves to a firm decision by the time we leave Japan in mid May so that we can start working toward that move. In the meantime we will continue to research our options, consult with our son (who is no longer quite so opposed to us living in France), and think about what will be best for us and our family in the long term.

35 thoughts on “The Million Dollar Question”