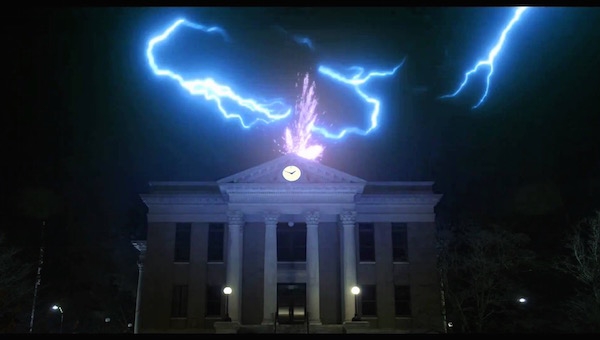 Several commenters on the “10 Years a Blogger” post wrote that they would be interested in reading posts from my earlier blogs. While the administrative duties of managing more than one blog are more than I want to take on, about midway through answering comments I realized I could still share selected posts from those blogs. So, I’ve decided to start by offering up one of the earliest posts I wrote from I’m Losing It Here, and if readers are interested in knowing more about how our story progressed I’ll continue to share more.

The post below, published on December 31, 2009, is actually the third in an initial series I wrote in December 2009 when I started I’m Losing It Here. I called the series “The Good, the Bad and the Ugly.” The first two posts were about losing weight (that at least had been going somewhat well), but the main effort behind starting the blog was to document facing and getting rid of the massive amount of debt (over $65K) we had accrued. Part III: The Ugly was the beginning of that story.

BTW, Brett initially did not want me to use his name, so it won’t show up in I’m Losing It Here posts. He’s always “my husband” or “Mr. Losing It” or something along those lines.

If debt were categorized like weight, my husband I would be considered beyond morbidly obese.  We are drowning in deep, massive debt. While we are still able to pay all our bills on time and put food on the table, we finally had to accept at the end of this year that it had gotten out of hand, and we had to get rid of it or we would sink and drown.

Up to and during 2008, times were good.  My husband got tons of overtime so paychecks were big and fat.  I didn’t have to work, and stayed busy volunteering at my children’s’ schools, or driving them to their activities, or back and forth from school.  We put money away each month and were able to pay cash for our 8-day Disney vacation in early December 2008.  When I went to the grocery store or Costco, I filled my cart with whatever caught my eye or whatever I thought might be tasty.  While we didn’t shower the kids with anything or everything their hearts’ desired at the moment, there still was no problem getting them new clothes and shoes when they needed them, or paying for field trips or school supplies.  I bought myself and my husband new clothes now and then without worry (although I’m actually not a big shopper).  We had a new patio installed and some other landscaping done because the financing was so good and we felt we could afford the payments.  The spike in gasoline prices wasn’t an issue, mainly because one of our cars is a hybrid and also because we are just not that into driving all over the place.  There was no problem paying for the children’s music lessons, braces, etc.  We thankfully have good medical insurance and were healthy all year so we didn’t have any major expenses in that area either.  When we came home from our Disney trip, my husband had received a nice bonus from work which paid for everything for Christmas.   He also received a nice cost-of-living raise on his military retirement.

Things started to change late October 2008 when my husband’s manager announced that effective immediately, there would be no more overtime (note: The amount of work coming in for Brett did not cease nor diminish, however – it just began to back up).  We had forgotten how small his regular paycheck was, but with what we had put away we were able to continue to cover expenses. His employer also announced that there would be no pay increases for anyone in 2009, which caused us to take a small gulp. I decided I needed to find something to bring in a little money, but something that would not interfere with the children’s activities or school schedule, and in February of 2009 I started work as a kitchen assistant in a nearby elementary school. It’s a fun job, but my once-a-month paychecks did not even begin to make up the overtime pay we had lost.  We got a large tax refund in March, which I put away, but by July it was all gone, used again to cover our monthly expenses. We dipped into our overdraft accounts and ran them up to their limits, then broke out the credit cards in August. Even without shopping sprees, or fancy vacations, they were up to their (high) limits by the end of the year after covering emergency medical expenses, car repairs, and some home repairs. I personally began to be afraid that we would run out of food, and looking back I realize I spent an awful lot on food. Our pantry was always filled to overflowing as was a storage shelf out in the garage. But eventually, I had to dig into that as well as I had less and less per week to spend on groceries as we struggled to cover our mounting payments.

In early October we decided to sell one of our cars, the hybrid. It had low mileage, was in great condition and its value was way over what we owed. We had all of two serious lookers, and both of them offered far less than it was worth. We decided to keep it when we saw how much our gasoline bill spiked when we were driving our other car, a VW Passat wagon. With the hybrid, we only needed to fill the tank once a month, with the Passat it was once a week. We didn’t want to get rid of the VW though as it was the only car that could fit all of us (as well as our dogs) if we ever wanted or needed to go somewhere as a family.

In early December, we tried to refinance our house to lower our payment. No cash-out was requested, just a lower payment. After shelling out for the appraisal (based on the bank’s conditional pre-approval), running paperwork back and forth, we were denied final approval because our debt-to-income ratio was too high and because we had no cash to bring to the closing.

Thankfully I had already purchased everything for Christmas, but otherwise, by mid-December, we had hit rock-bottom. It was a come-to-Jesus time for us and our debt.

26 thoughts on “Back to the Future: Part III: The Ugly”