This was a very different week for our food shopping budget because this past Saturday we went out to the commissary at the Atsugi base and bought a LOT of stuff there.

Atsugi is the closest large military facility, but it took a long time to get there due to traffic issues (coming back was much easier, thank goodness), and we were all more than a little tired when we arrived. We stopped first at the exchange, where Brett and I bought an inexpensive Crock Pot ($19.99), some measuring cups, a set of measuring spoons, two bed pillows, a package of pillowcases, and a bottle of body lotion. We got lucky when we checked out and won a 15% off everything coupon, a very nice surprise.

After shopping at the exchange, we stopped for lunch in the food court (Brett and I shared a Subway tuna sandwich), and then it was time to hit the commissary. As we discovered last year, the commissary is now about three times larger than it was when we were stationed at Atsugi (1989-1992), with a selection about three to four times larger as well. We took our time going through the store and filling up our cart. Our total at the commissary was $193.63, and along with our exchange purchases and lunch, we spent a total of $253.50. We brought $400 with us, so left with $146.50 still in our wallets. 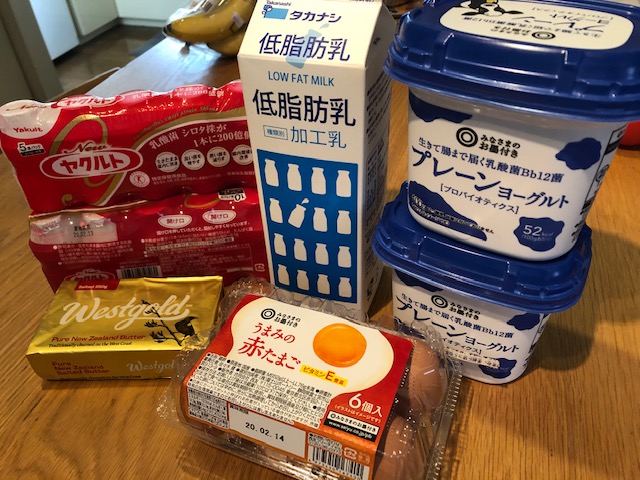 Dairy: We bought another liter of low-fat milk, 2 containers of yogurt (still just ¥99 each), 15 Yakult, a half dozen eggs, and we splurged on some New Zealand salted butter (¥498/$4.59). The eggs are called “red eggs” because the yolk is so deep orange it’s nearly red. 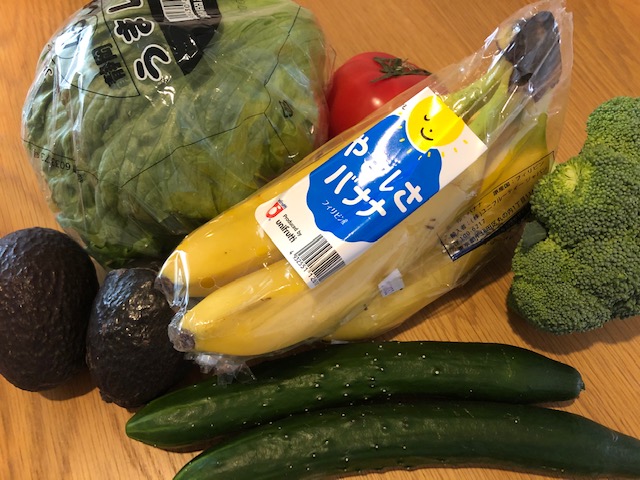 Produce: This week we got 2 ripe avocados (small, but just ¥87/80¢), one tomato, a head of lettuce, broccoli, 2 cucumbers, and 4 bananas. The cucumbers had gone up in price this week to ¥87/80¢ each also. We’re planning to use the tomato and lettuce for lunchtime BLTs later this week, and the avocados will be for avocado toast for breakfast some morning. I can’t remember the last time I saw an avocado for under $1 in the U.S. and was surprised by the price here as they’re definitely imported. We didn’t buy any strawberries or apples as we still have some from last week. 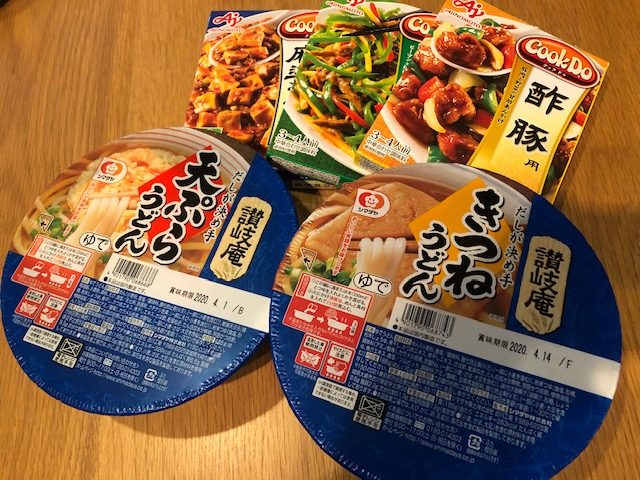 Pantry: We bought just a couple of things in this area: 3 packages of CookDo (mabo dofu, pepper & pork stir fry, and sweet & sour pork, still on sale for ¥155 each) and two fancy instant udon packages (¥178/$1.64 each). Brett chose tempura shrimp noodles and I got kitsune (fox) udon, so-called because foxes supposedly like the fried tofu (aburaage) on top. They’ll be good for lunch one day. 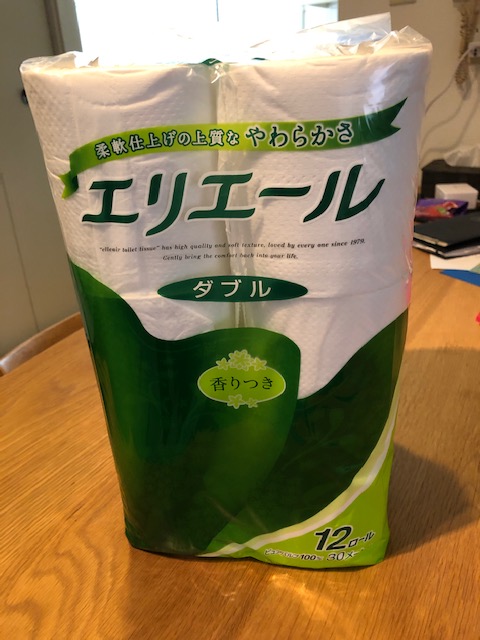 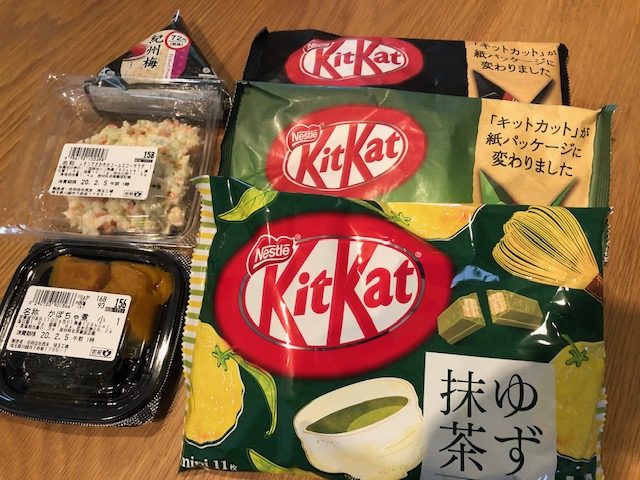 Miscellaneous: Seiyu had bags of KitKats on sale for ¥198/$1.83 per package! They didn’t have a big selection, but we found three flavors we didn’t already have: matcha, dark chocolate, and yuzu green tea (yuzu is a kind of citrus fruit), a new flavor for us. I also got a few take-out items from the prepared food section for my lunch: a pickled plum onigiri (rice ball), steamed kabocha squash, and coleslaw. The three items cost ¥386/$3.56.

We didn’t buy any meat this week which is one reason our total was low, and there were a few other items we decided we could go without. I forgot to get Pam at the commissary on Saturday though and was hoping I could find a similar product at Seiyu, but no such luck. We are now two KitKat flavors short of reaching our goal!

12 thoughts on “Food Shopping in Japan Week 3: What We Bought, What We Spent”

The end of a stormy day . . . .
My happy place . . . And once again we have the whole place to ourselves!
The end of summer roars through The Vortex. Weather says it’s 81 degrees but it feels like 70 - brrrrr! (And . . . less than 5 minutes later rain is blowing sideways through the yard.)
Brunch date in Hanapepe today!
The view across the gully at the 6th hole at Kukuiolono. The tree that was once there must have been massive - the stump is five feet across.
Another night, another fire, another s’mores . . . and no rain! A good time was had by all.